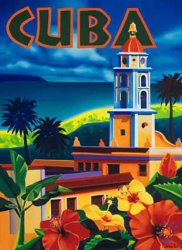 I hope you have enjoyed a wonderful summer and are excited for the beginning of the 2022-2023 school year!  We have a fantastic year ahead of us.
My hopes and dreams for this school year are to immerse your students in the Spanish language and cultures as much as possible and to make this experience enjoyable for them through stories, games, skits, communicative and hands-on activities, celebrations and sharing.

I love teaching this beautiful language. Learning languages is a true passion of mine!  I always say that my romance with languages began in Middle School, when I studied German and dreamed of visiting West Germany one day just like my mom did, when I was four years old.
My mom worked as an engineer and was sent to West Germany along with other engineers to explore some agricultural machines with the prospect of developing some sort of a partnership with the West. This must have been circa 1981. When she came back, she brought back home among some very cool Western toys :), a German catalogue magazine that she had somehow sneaked through the border patrol. Back then this kind of stuff was considered a Western propaganda and thus forbidden. This magazine sparkled an interest in me. I used to look a menudo at the magazine pages, which revealed to me a very different life than the one I knew. So, I decided to learn German. And just like that my romance with languages began...
Later, I went to a French Immersion High School. After graduating from college in Bulgaria with a B.A in French and Bulgarian Language and Literature, I taught Bulgarian and French for several years at the middle and high school level. In addition I completed two years of a three year  master's degree program of Teaching English as a Second Language at Plovdiv University, Bulgaria.
​
I came to the United States in 2005 and continued my language studies at EMU by adding a Spanish K-12 endorsement to my teaching certificate.  I also completed a Spanish program in Avila, Spain in 2008.

​It has been a long and at the same time rewarding career path towards my dream to teach languages here, in the U.S., and I am very grateful for the privilege to teach in our wonderful school. This is my twelve year of teaching at AAO and I am looking forward to another terrific school year!

If you have a special skill or knowledge regarding the Spanish language or the countries where Spanish is spoken, and would like to present or volunteer in our classroom, please let me know!